It’s not often that you find a person that understands your dedication to a cause and your passion for making the world a better place. Yet, somehow I found it in two people who just so happen to also be a happily married couple.  Kat and Andres have literally supported the Terrell L. Bruce Memorial Fund since day 1 of our expansion into the Greater San Diego area back in September 2017 and their enthusiasm and support hasn’t waned for a second.

Not only has Kat and Andres volunteered and participated with all of our events in San Diego, they’ve also routinely donated to the Fund, coordinated participants, recruited additional volunteers, and even created and administered the extremely successful George Floyd Face Mask Fundraiser in 2020.

Although we’re sad to see Kat and Andres leave sunny San Diego as they return to Maryland, we can’t thank them enough for their tireless efforts to support the Fund as we do our best to honor Nate and Terrell in the best way we know how: service.

Joanna took the oath of office to serve the people of the 191st Legislative District on Aug. 25, 2015 after winning a special election two weeks prior. In Nov. 2018, she became the first African-American and woman to be elected as the House Democratic Caucus chair for the 2019-20 legislative session. A lifelong resident of southwest Philadelphia and graduate of Grace Temple Christian Academy, she became active in the community while completing a two-year internship with the radio station WDAS. Later, she worked as an assistant public defender for seven years. She became the assistant chief of the East Zone during her last year at the public defender's office and helped attorneys with case preparation.

Rep. McClinton has supported the Fund in many capacities as an event organizer, volunteer coordinator, ambassador, and ally in our goal of maintaining the legacies of Nathaniel and Terrell through charitable work and community service.

Each year it's extremely difficult to select just one supporter out of the dozens that volunteer and participate in our community outreach efforts, but in 2022, there was only one (1) choice and it was obvious.  Not only has Mike volunteered at every  has volunteered at every "Career Day" event that we've hosted at Mission Bay High School (four and counting), Mike also holds the record for fastest response time to our annual volunteer sign-up with a reply back in just three (3) minutes!

The Terrell L. Bruce Memorial Fund believes that Mike epitomizes the goals and values that we strive to instill in all of the scholars that we reach as Mike is a brimming example of hard work, positive thinking, family, faith, and selflessness. It's no wonder why Mike is the most sought after speaker at "Career Day" due to his straightforward-style of public speaking, honesty, and transparent path of success, which challenges every person, no matter his or her socioeconomic background or financial status, to be their best self each and every day. 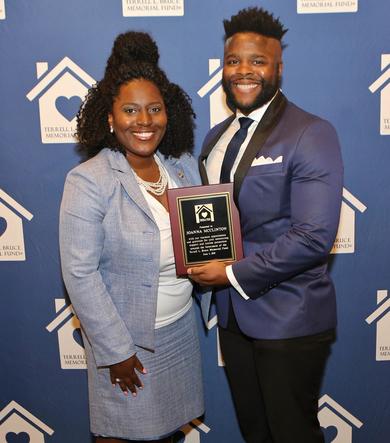 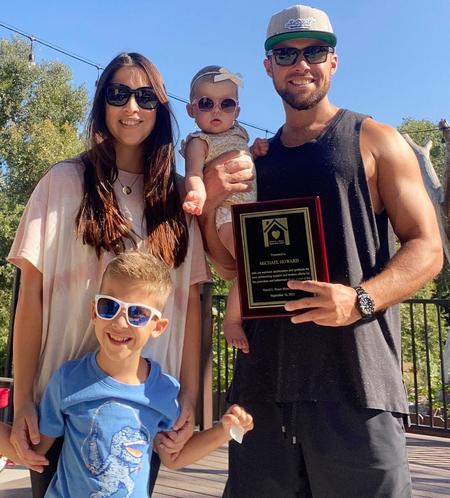 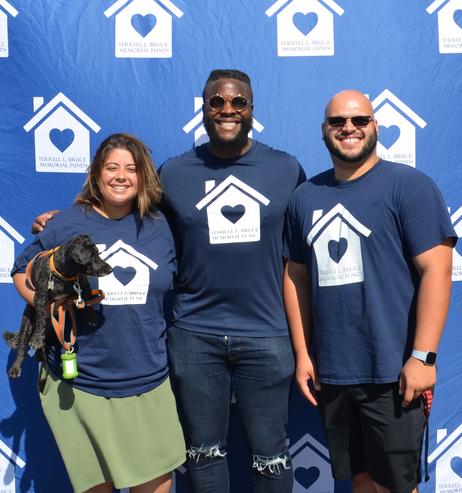 ​​​​A Showing of Our Appreciation

After its founding on January 3, 2017, the Terrell L. Bruce Memorial Fund has recognized individuals who have donated their time, energy, and efforts to help us as we pursue those values and principles that Nathaniel and Terrell represented most. As such, annually, we award our "Outstanding Supporter of the Year" as a token of our appreciation for the crucial part they've played in making the Fund what it is today.

Jocelyn and Alex have generously donated to the Fund since our inception in 2017 after Alex, a Central High School graduate like Nate, heard about our cause and wanted to help. Jocelyn and Alex have continued to raise awareness about our core mission, which is to provide college scholarships to students who come from economically, socially, or culturally disadvantaged backgrounds and demonstrate a longstanding commitment to community service and academic excellence, in honor of Nate and Terrell. Jocelyn and Alex have continued to be consistent supporters of the Fund to this day as both have expressed a strong desire to be advocates for educational opportunities and equal access to higher learning for all people regardless of his or her race, sex, religion, and/or socioeconomic status.

Alex Mather, 40, is the founder and CEO of The Athletic - the world's largest sports subscription business. Alex is a Philadelphia native and proud Central High School grad. He now lives in San Francisco with his wife Jocelyn, an interior designer, and his son Gabriel.

2007 Villanova Law School graduate, Family Law attorney, and candidate for Judge with the Court of Common Pleas of Philadelphia.  Janine is also a former judicial intern and law clerk in two jurisdictions, has a successful family law practice with offices in Philadelphia County, Bucks County, and New Jersey.

Janine has tirelessly worked to increase awareness about the Fund by volunteering and promoting the Terrell L. Bruce Memorial Fund, most notably at the 2018 LeBruce release at Iron Hill Brewery in Chestnut Hill.

Outstanding Supporter of the Year 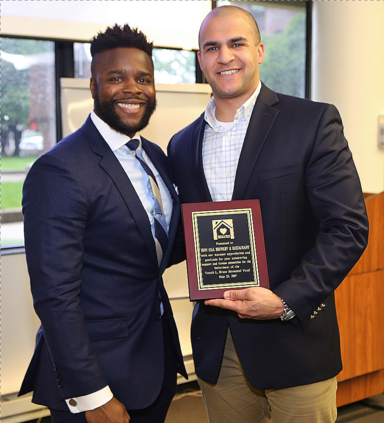 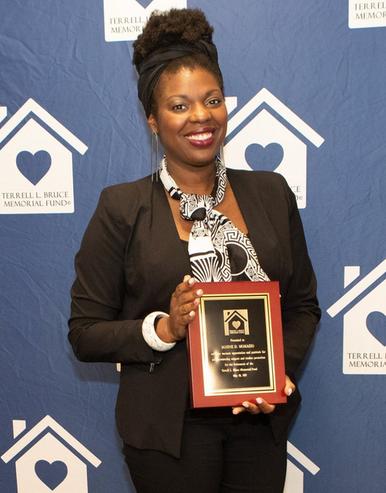 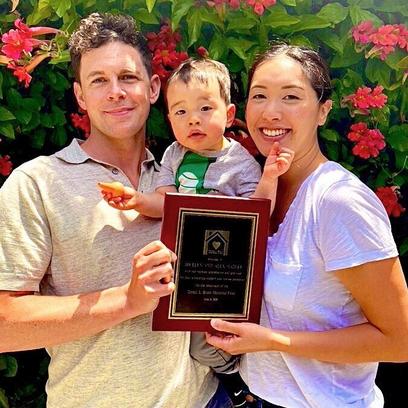 ​2017
Iron Hill Brewery & Restaurant
Iron Hill has been a constant and consistent partner of the Terrell L. Bruce Memorial Fund since the Fund was launched in January 2017.  In particular, Iron Hill Brewery has held fundraising events at participating locations Ardmore, Maple Shade, Chestnut Hill, and North Wales to benefit the Fund in 2017.  The "LeBruce" beer is a special brew that Terrell made a few years ago after winning a sales contest, which was made available for purchase with $1 from each pint purchased go directly to the Fund to help pay for scholarships and outreach efforts. The "Give 20" coupon allowed patrons to donate 20% of their food bill to the Fund.