Terrell also coordinated annual community outreach events such as the Nathaniel M. Kirkland Foundation Basketball league and the Nathaniel M. Kirkland Bowling Party.  Through self-funding and donations, Terrell provided over a dozen scholarships to worthy rising college freshmen attending various universities both near and far such as Rosemont College, Hampton University, and North Carolina Central University, to name a few.

The purpose of the Terrell L. Bruce Memorial Fund is to honor Terrell's great legacy of community service and academic excellence by continuing his charitable efforts and raising awareness about his life while encouraging others to live life as he did; altruistically.  The Memorial Fund is a non-profit that is officially recognized by the Internal Revenue Service (IRS) as having 501(c) (3) charitable organization status.  As a result, donors' contributions are tax-deductible. ​​​

During his time as a real estate agent, founder and president of the Nathaniel M. Kirkland Foundation, and property owner/manager of his own real estate investment properties, Terrell stressed the importance of financial literacy and personal development while serving as an inspiration for countless others.

​Terrell's charitable efforts throughout the city bordered on being considered legend.  After founding the Nathaniel M. Kirkland Foundation in honor of his younger brother who drowned in Guatemala while on a service mission, a "Serve the World" trip sponsored by the United Methodist Church, as a sophomore student at Dickinson College in January 2009, Terrell dedicated his time to helping others.  Terrell volunteered in his community while serving as a "Big Brother" in the Big Brothers Big Sisters of America program in Burlington, Camden, and Gloucester Counties. ​​ 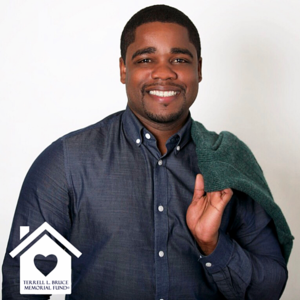