Brandon S. Bruce, Esq., LL.M.
Brandon is a former ward of the court who spent his teenage years in the custody of the Philadelphia Department of Human Services, which placed him in a revolving door of group homes, foster care, and shelters. Yet, despite his hardships in life, Brandon went on to earn a Bachelor of Arts degree in Political Science from La Salle University (2005), a Juris Doctorate degree from Villanova Charles Widger School of Law (2008), and a Master of Laws degree from Temple University Beasley School of Law (2012).  Brandon is a former Air Force J.A.G. Officer and also previously worked overseas as a Foreign Legal Advisor for Studio Legale Improda in Rome, Italy, and as an adjunct professor at Temple University Japan in Tokyo, Japan.

Beyond his work for the Fund, Brandon works full time as a Regulatory Counsel in the Center for Tobacco Products with the U.S. Food and Drug Administration. 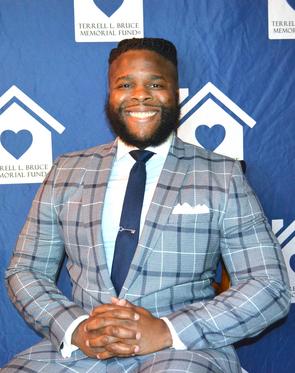